In recent weeks, news of the halting Brexit talks came out of the shadows of the COVID-19 pandemic. After years of failing negotiations, on December 24, we suddenly saw white smoke come up from the buildings of the European Commission, a Brexit agreement was found.

On January 1, we woke up in a European Union that had now definitely lost an important member state. Since the beginning of December, we had seen traffic jams of trucks heading to Calais, which projected an image of what the impact of a Brexit without an agreement could have been. A logistical disaster scenario was avoided at the very last minute.

In short, what is the essence of Brexit?

Roel Segers: “In June 2016 a public referendum settled the verdict: the United Kingdom would leave the European Union forever. After several attempts, all relevant political bodies approved the withdrawal agreement at the end of January 2020. So officially the United Kingdom left the European Union on January 31 last year. A transition period until the end of 2020 was to soften the transition. During that period, all EU rules and laws continued to apply. In the meantime, both parties could approach each other. That period should have made it possible to develop a framework for future trade relations. In addition, the rights of citizens and cooperation in the field of security were high on the agenda. ”

“The agreement was that without a Brexit negotiation agreement at the end of December, the trade relationship between the European Union and the United Kingdom would revert to the standard terms of the World Trade Organization (WTO). That would have implied that there would have been a hard customs border that would have eliminated the free movement of people, goods and services. That doom scenario was avoided, with the Christmas agreement.”

What exactly does the trade- and cooperation agreement entail?

“The EU and the United Kingdom are now two separate markets, each with their own laws and regulations. Despite the agreement, there are many consequences for trade and mutual mobility between the EU and the United Kingdom. The agreement ensures that trade can still take place without import duties and without restrictions in quantity, avoiding the biggest financial consequences for many organizations. An important nuance here is that only products that consist for the most part of parts made in the UK or in the EU can be traded without import duties. The precise thresholds which apply are included in the agreement and may differ per product type."

What are the main logistical and administrative consequences for trade with the UK?

The UK also exited the EU customs union, which has a number of consequences. Organizations will have to prepare import and export declarations. Not only will the administration be subject to checking, also the physical loads and cargo may be effectively checked upon border crossing. All of this will take time and trigger additional costs. Finally, products destined for both the UK and EU markets will have to meet the quality standards that apply in both states.

So what are the most important short-term logistical consequences?

“Companies should take longer transit times into account and the additional administration should not be underestimated (for example also VAT-technical). Longer lead times obviously have an impact on stock levels. They are best evaluated critically. We strongly advise exporters to the UK, to carefully and transparently coordinate with their British customers on how these new regulations may affect the delivery date of individual shipments, especially in the first few months. A proactive approach is strongly recommended, so that contractually determined delivery times and prices can be respected as much as possible. If you import from the United Kingdom into the EU, it is of course best to maintain a 'close contact' with your main suppliers. Again, a key action, to ensure that stocks and service levels are kept under control. ” 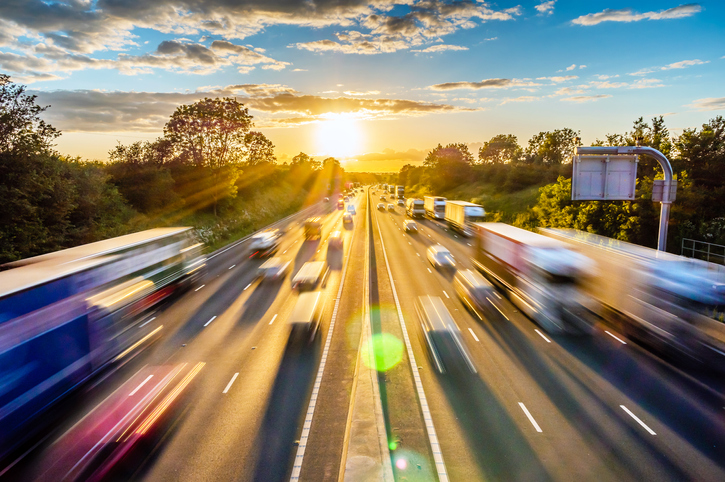 And what consequences do you expect for the Supply Chain in the (medium) long term?

“Brexit will also have a number of consequences in the longer term. Ultimately, the changed circumstances should lead to a new equilibrium, regaining the stability in the trade relations that had grown over so many years. Brexit entails a number of new costs, which ultimately may trigger updates to pricing strategies, which in turn may tilt yearlong business agreements. Businesses on both sides of the channel will need to analyze if and by how much these new circumstances impact their trade relations abroad. It is crucial to evaluate current and new contracts against the new rules. Terms and conditions will need to be investigated and updated, in search of that new balance.”

“It will certainly be interesting for most organizations to map out the logistical cross-border processes against the changed regulations. The impact of Brexit to Supply Chain networks is not to be underestimated. Existing structures and routes that had come to exist over the past years or even decades, may turn out to have lost their competitive edge. Others might gain importance. In any case, Supply Chain managers will be looking at their production and distribution networks holistically. Brexit may provide the momentum to optimize and make fundamental changes to how Supply Chains are organized. We are already witnessing the first adjustments in some sectors such as automotive and pharmaceutical packaging sectors.”

What actions should COOs and Supply Chain managers take in the (medium) long term?

Need help with your Brexit strategy?

Would you like to discuss how we could support you in determining the right Brexit strategy? Then feel free to contact us.

The Port of Antwerp saw a slight decline during COVID year 2020. The first quarter of 2021 sheds a hopeful ...

The research institute Association for Supply Chain Management (ASCM) is a global leader in the field of Supply Chain transformation ...

The elaboration of the European climate laws is at cruising speed. The additional CO2 surcharge will ensure a price correction ...